Red meat is classified as “probably carcinogenic to humans” by the World Health Organization which warns that it contributes to colorectal, pancreatic and prostate cancers.  New concerns for health mean that more people than ever are asking “is red meat ok to eat?”

Despite the warnings, we’ve been eating red meat for at least 2.6 Million years, it’s a great source of amino acid building blocks for strength and weight loss.  And avoiding red meat without substituting the nutrients, can result in health issues from low energy and poor memory to poor sexual health, unless you supplement.

The science on the matter seems mixed.  So, is red meat ok to eat?  Or is ditching it from your diet altogether a healthier choice?

WHAT IS GOOD QUALITY RED MEAT? 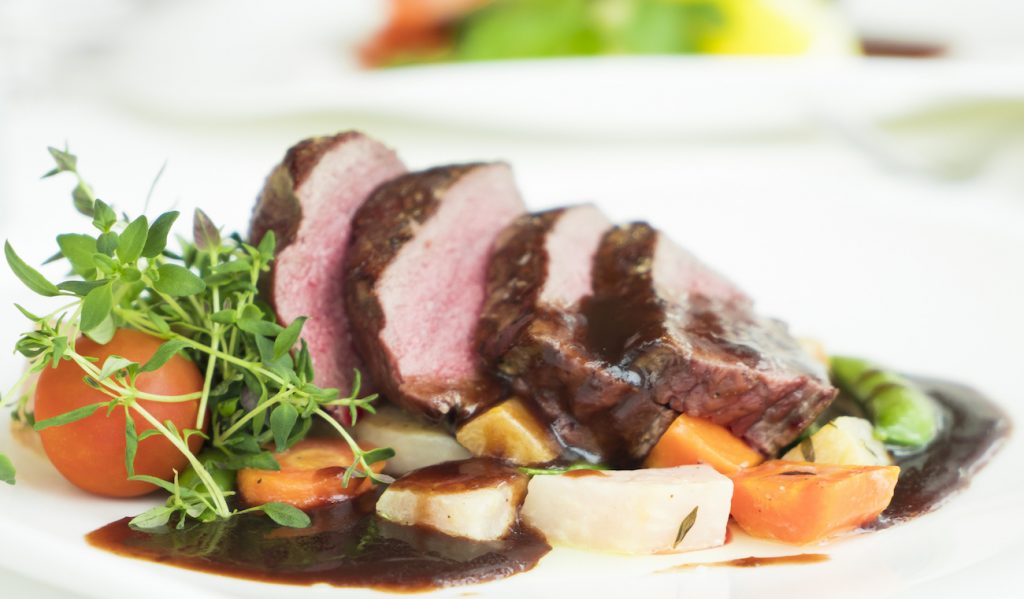 Before we talk about removing red meat, we need to look at the conditions an animal is raised, because it determines the quality of that meat.   Most red meat is grown in poor conditions which is why some studies looking at whether red meat is ok to eat or not say that it’s unhealthy.

Most read meat sources are animals which are ruminants, animals which digest their food in a special way by fermenting it.  The natural diet of ruminant animals such as cattle, goats, deer, and sheep is pasture, 100% plain grass.

Globally, red meat is part of an everyday diet in most cultures and the data shows that consumption is rising, to meet that growing demand, large-scale modern farming emphasizes animals gaining weight as quickly as possible for maximum profit.

Animals are fattened on a diet of grains and growth-promoting drugs, including antibiotics which alter characteristics such as color, flavor, texture, and smell as well as the nutritional profile

Animals raised eating their natural diet results in meat with a better nutrient profile.  Organic grass-fed red meat is leaner, has higher levels of vitamins and minerals and a healthier ratio of omega-6 to omega-3 fats.  And shows multiple health benefits, from fighting cancer to decreasing insulin resistance and improving body composition. 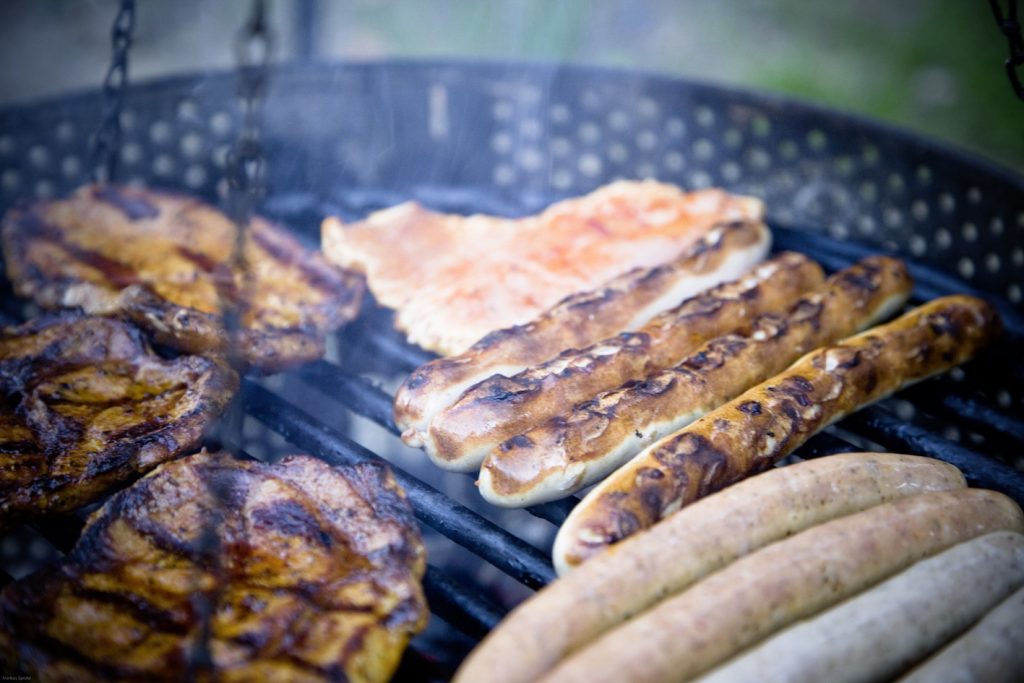 Meat consumption in the US is set to smash all previous records.  The Department of Agriculture, says the average consumer in the US will eat 222.2 pounds of red meat and poultry in 2018.

Red meat proteins have a lot of health benefits like curbing hunger for weight loss and encouraging muscle growth to prevent weight gain. Amino acids which are the building blocks to protein have been linked to prevention of metabolic syndrome, helping with blood pressure control, and maintenance of the gut environment.  Many healthy diet plans focus on adding extra protein foods and supplementation.

And red meat also contains magnesium and zinc, which support testosterone production, and its selenium strengthens the immune system and of course, it’s rich in bioavailable iron to fight fatigue.

Compared to other foods, red meat is a really good source of vitamin D, as well as B12, both nutrients which are rare to find in vegetarian diets.

Despite all of these health benefits, research is going into creating plant-based protein sources.  Even manufacturing burgers that look, feel and taste like their animal-based counterparts that actually ‘bleed’ red juice. And the American Heart Association’s recommendation is to limit red meat.  According to them, since red meat is often served as a hulking oversized steak or giant hamburgers, red meat is not ok to eat.

The studies they often base recommendations on lump together good quality, poor quality, and processed meat sources.

IS RED MEAT OK TO EAT IF IT’S PROCESSED MEAT?

Eating good quality red meat is treated no differently from eating processed meats in most scientific studies.  But the two meat sources are different.

In studies, if a person eats 20 ounces of organic grass-fed ribeye steak per week they are lumped into the same group as someone eating 20 ounces of hotdogs and burger meat from their local fast-food joint.  The nutrition from those two meat sources is different.

Processed meat has been transformed through salting, curing, fermentation, smoking, or other processes to enhance flavor or improve preservation.  Hot dogs, ham, sausages, beef jerky and canned meat have things added to them.  Chemical additives, colors, and preservatives are often added to improve shelf life and visual appeal.

Even though a lot of health studies group all meats together, processed meat is so different that recommendations limit intake to half of that of good quality meat. 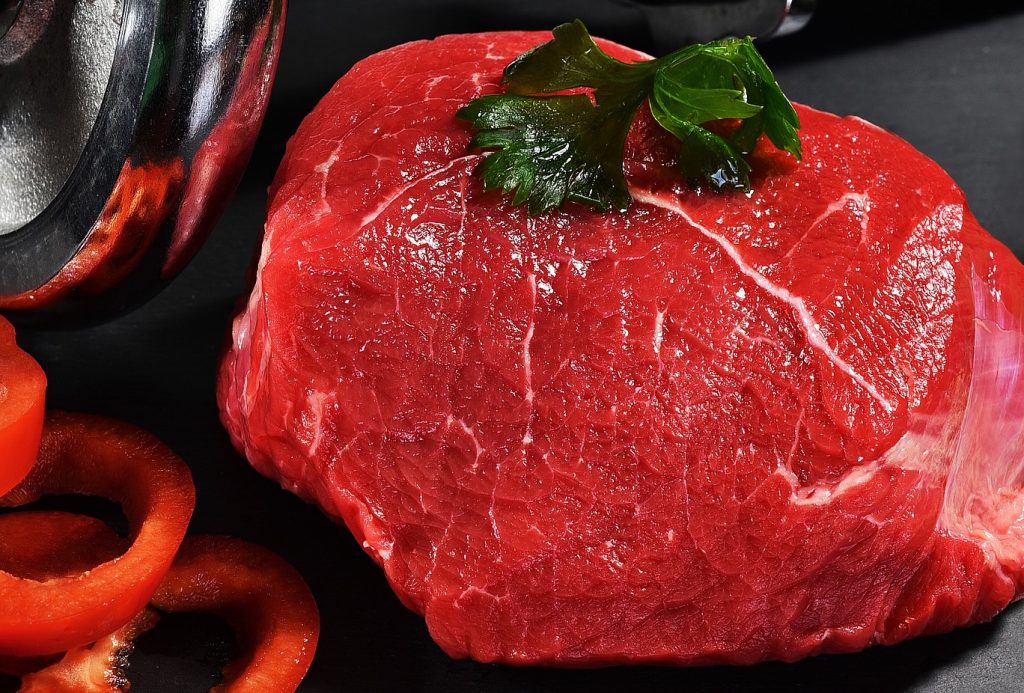 A recent meta-analysis of epidemiologic studies found no significant evidence that saturated fat is associated with increased risk of coronary heart disease or cardiovascular disease.

But many people have ditched red meat for poultry and fish based on misinformation, fearing beef’s saturated fat and cholesterol. This is a mistake.

Saturated fat is the type of fat found in coconuts and is essential for brain health and energy levels.

Right or wrong, modern farming methods have reduced the levels of fat in red meat. There is actually more fat in a chicken breast with its skin on than a lean slab of sirloin.

If you go with lean red meat that has less than 10 g of fat, there will be 4.5 g of saturated fat, and less than 95 mg of cholesterol fat in the serving.  From a fat content perspective, it’s no different than eating lean poultry meat like chicken or turkey. But the red meat will also give the extra health benefits of iron, zinc, vitamin B6, and vitamin B12. 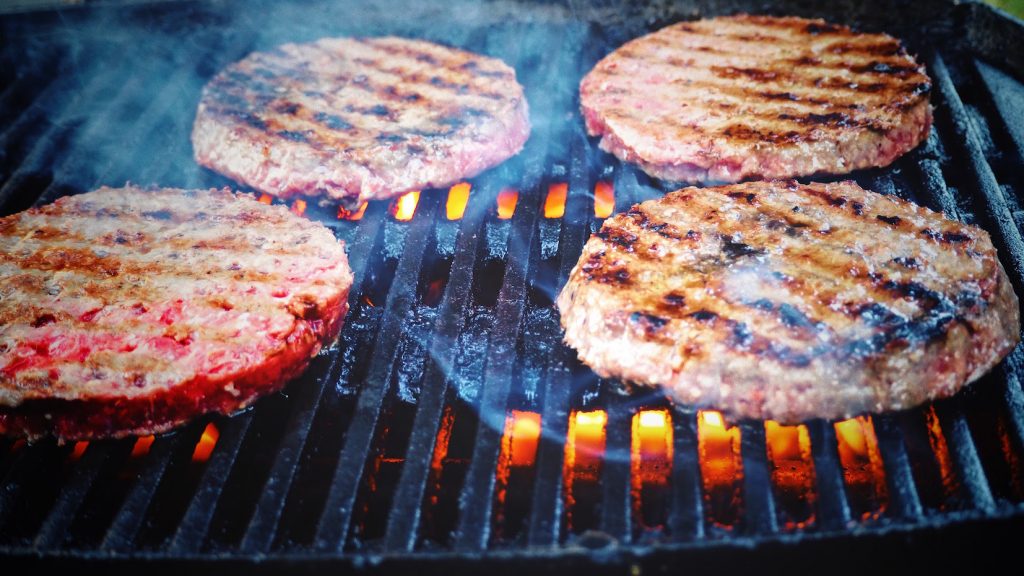 Sautéing, boiling, grilling, broiling, or barbecuing all change the chemistry of red meat by producing different chemicals during the cooking process.

Using high temperatures is generally not as healthy as slow and low methods.

Hot surfaces in contact with meat like frying and roasting or where the meat is in direct contact with a flame by cooking on a barbecue or over an open fire might pose a cancer risk.  These types of cooking methods produce more of certain types of carcinogenic chemicals as meat protein fat and moisture char on the outside and liquids drip into the flame and combust.  These new compounds are polycyclic aromatic hydrocarbons and heterocyclic aromatic amines.

These chemical changes cause some people to say that the way meat is cooked affects the risk of cancer.

The traditional gastronomic classification sees pork classified as white meat, and given nutritional concerns, this classification is what hog producers agree with.

The red color in red meat isn’t blood, it comes from a protein which carries oxygen in the muscle of animals called myoglobin.  The levels of myoglobin in pork muscle aren’t as concentrated as they are in beef or lamb.

The United States Department of Agriculture as ‘red meats’ if the myoglobin level is higher than 65%.

People are often confused and wonder is pork red meat.  The answer is that it depends on who you talk to.

IF YOU WANT TO REDUCE RED MEAT 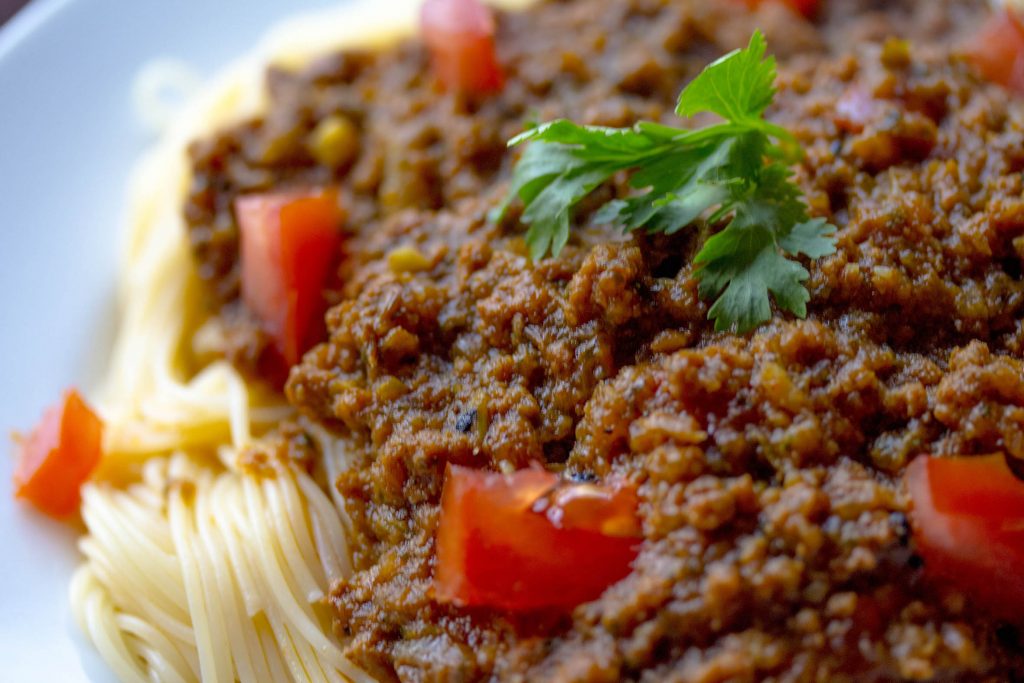 If you are still not sure and asking is red meat ok to eat?  And you’re a red meat lover, then we have some ways to reduce your red meat consumption.  And ideas on how to swap some of your red meat for other protein sources without sacrificing the recipes you enjoy, here are some ideas:

Ground Turkey: Lean ground turkey is an excellent substitution for any recipe that calls for ground beef. This could be anything from meatloaf, hamburgers, spaghetti, or stuffed peppers.

Seafood: Your favorite shrimp and seafood can be swapped in many of your favorite recipes. This could include foods such as kebabs, soups, stews, and stir-fry.

Meatless Protein: Meatless protein is not just for vegetarians and vegans, in fact, there are many meatless protein meal ideas that are surprisingly flavorful. These dishes may vary from eggplant parmesan, a Portobello mushroom burger, to a hearty but meatless three-bean soup.

Since red meat has a bad reputation for being an unhealthy food, here are a few benefits of red meat and ways in which it can be eaten in a healthy way that will have you considering adding it back to your diet in moderation.